Yesterday, MDRS 89 relinquished their occupation of the Hab over to the all-Belgian MDRS 90 crew. It was a bitter-sweet moment to say the least.

The morning felt almost somber, with all of my movements more sluggish than usual. I ate slowly, walked around the Hab checking on everything, and made sure that I had everything packed. I cleaned off the jumpsuits, removed our nametags, and helped Kiri laminate our newly-printed and updated Quick Guides. I carried bags outside and dropped them off on our “staging area,” which was nothing more than some plywood resting on 2x4s on the far end of the pressurized rover garage. As a crew, we were all set to leave once MDRS 90 showed up, but as individuals we weren’t ready to leave the Hab, possibly for good. 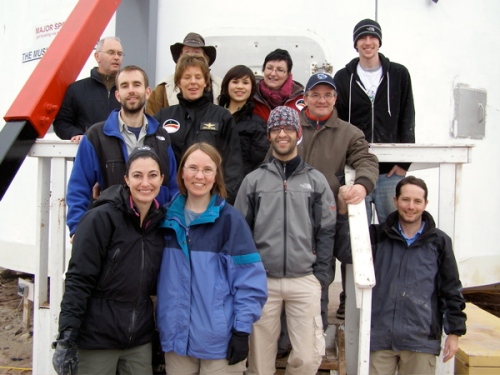 Due to some major car problems, Crew 90 arrived three hours late, along with their two separate news crews. It was a huge shock going from six people in the Hab, our Hab, to over twenty in a matter of minutes. The entire two-hour handover was a huge sensory overload, and the language barrier was a little tough at times, but eventually we got all of our things into our car (including Darrel’s jacket) and drove down Lowell Highway, saying one last good-bye to the Hab.

And with that, my MDRS mission ended. Once we rounded that corner, that was it. We talked about our first real meal, our first shower, Darrel wanting to get me drunk, all the normal conversational topics. We decided to drive straight to Grand Junction, after dropping off the geophone equipment with DG at Hollow Mountain, so that we could shower and eat and still have time to sleep before waking up for our flights in the morning. Especially for me, since my flight was leaving at 0625, but that also meant that I could drive the rental car to the airport and drop it off, which was really nice.

We got back to Grand Junction, showered, and got dressed (Carla quickest of all, surprisingly), and piled back into our ERV to head to Rockslide Brewery, which we had picked out earlier in the mission as our first meal stop. We pulled up, got a table, and started thumbing through the menus. I went straight for the Bacon Cheeseburger, with curly fries, a side salad, and a sampler of their microbrews. Our table got three of them, but since Kiri wasn’t drinking, Carla was helping everyone out with theirs, and we were partially celebrating my birthday, I got a full one to myself. Once those were gone, soon after ordering calamari for our appetizers, I ordered a pint of the one I liked the best.

All of the food was delicious, and we talked and joked the entire time (HabCom to EVA crew…), and ordered a few more rounds of beers. It was great to relax and eat some real food (I finished all of mine, then ordered dessert), plus to just unwind after staying in a Hab for two weeks. Near the end of the night, Luís ordered two pints, one for me and one for him, and I couldn’t really refuse, could I? The ride back was hilarious as well, with Kiri driving, Carla in shotgun, and the four guys in the back two rows joking and laughing. We got back to the hotel and hung out in Brian and I’s room for a while, then eventually fell asleep. 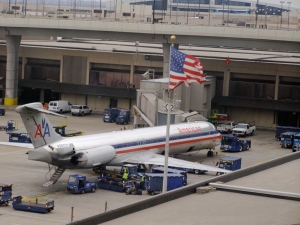 I didn’t sleep that well, but that might have been because I didn’t want to sleep through my alarm and miss my flight. I got up, got dressed, and double-checked the directions with Brian before heading out to the airport. I parked, dropped the keys off at the desk, printed both of my boarding passes, and checked my bags. I fell asleep on the flight out to Dallas and slept the entire way there, knowing that I would most definitely wake up during my three-hour layover and wouldn’t easily fall back asleep. The layover wasn’t even that bad, and I did spend quite a bit of time walking around and taking pictures, plus grabbing some nourishment while there.

I landed in Detroit after a mildly uncomfortable and packed flight, grabbed my bag, and met with my parents to take me back to State. We stopped at Wendy’s on the way, I told them all about the trip, they showed me a news story that had been published earlier in the day, and we got back to State (and got some Menna’s).

And with that, MDRS was officially over. I miss the Hab, I miss the crew, I miss the rovers, I miss the suits. I don’t miss the short showers, the Alpineaire meals, or the muddy snowy mess outside of the Hab (unless I was riding a rover…). I may see some of the crew later this year, depending on how my plans actually pan out, so that will be nice, but for now I am back on Earth with my friends and roommates.

This entry was posted in Life, MDRS, School. Bookmark the permalink.